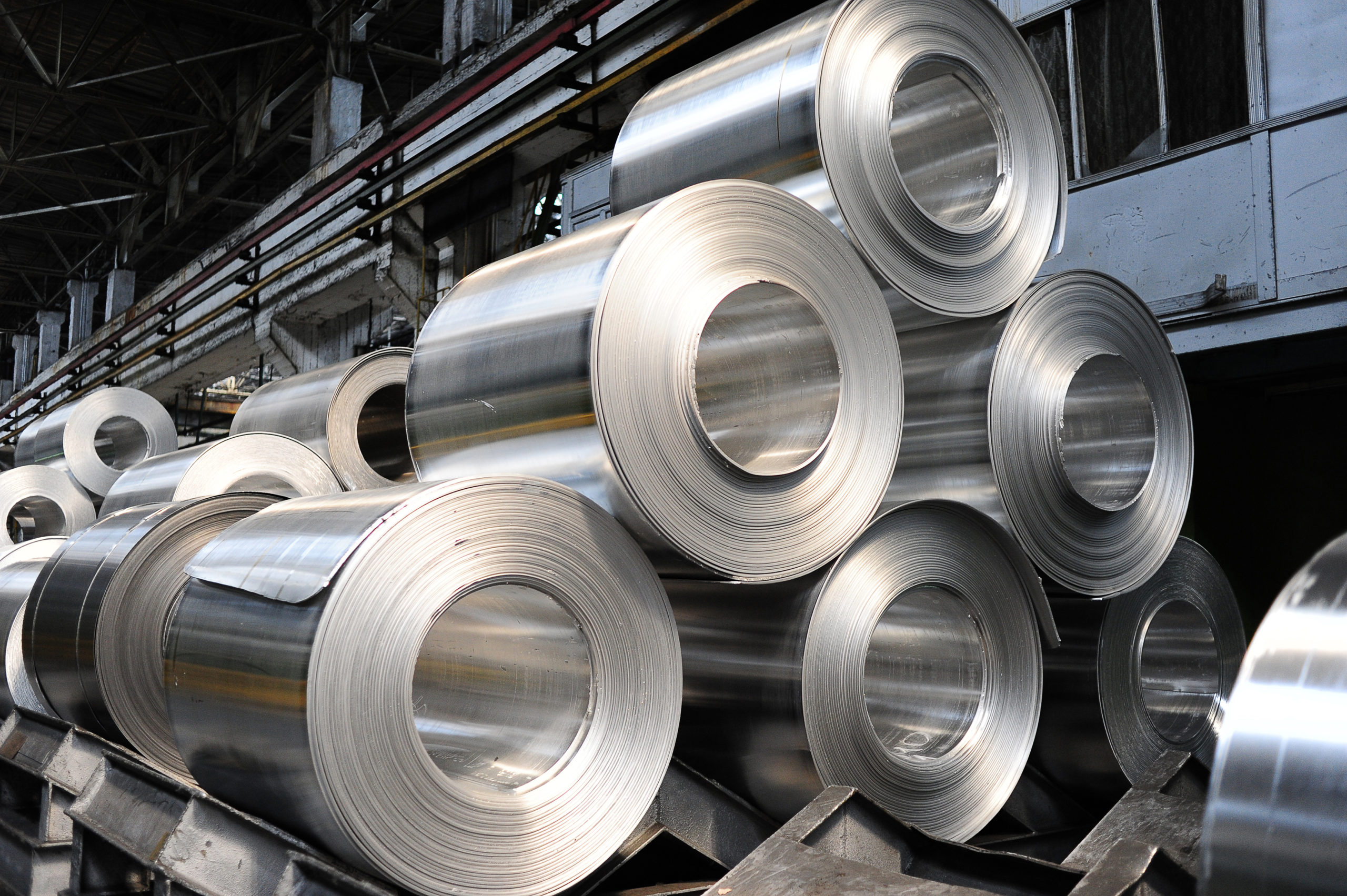 Aluminum France is mobilized to actively work on energy saving measures applicable in its industry. It shares French and European ambitions in order to increase energy efficiency, which will help reduce overall CO2 emissions.

The aluminum industry needs energy to produce , process and recycle aluminum. Across its entire value chain, the industry mainly consumes electricity and gas. 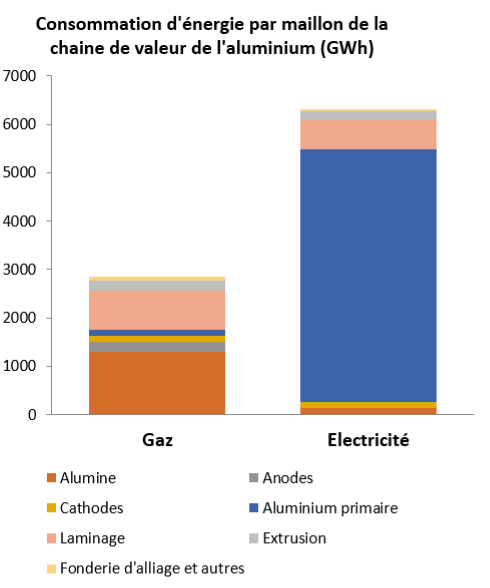 Thus, located very upstream of the industrial chain, the aluminum industry is an energy intensive industry. Its success depends on a reliable energy supply and competitive prices . Total electricity consumption in 2013 amounted to 6,303 GWh (15 major sites).

The primary aluminum production sites at Saint-Jean-de-Maurienne ( Trimet ) and Dunkirk ( Alvance Aluminum Dunkerque ) are part of the so-called “hyper-electro-intensive” (HEI) industries. These two sites represent 43% of the 14 TWh of annual consumption of all ten French HEI sites.

These two sites are distinguished from simple electro-intensive by their use of electricity as a raw material . The cost of electricity thus represents a very significant part of their production costs, around 30% on average. This is the predominant factor in their competitiveness.

Strongly exposed to global competition , while the energy supplies of their main competitors are now much more competitive (China, Canada, Iceland, Middle East, etc.), primary aluminum factories today have need a supply between 20 and 30 € per MWh delivered to the terminals of their factories, transport and taxes included, before flexibility, with a visibility of 15 years minimum.

As with most of their competitors, the price and visibility conditions sought make it necessary to long-term contractualization with energy companies , according to modalities and with time frames adapted to the profile of the site, without public support approved by the European Commission being able to be excluded to guarantee in certain cases access to the level of competitiveness required.

Although not yet implemented, the long-term contract option has also been retained in the overall support system provided for by the energy transition law and the 2016 finance law. Before the ad hoc committee of the National Assembly, the Minister of the Economy at the time, Mr. Emmanuel Macron had announced that "the support of EDF and CNR" was to cover "a quarter of the needs of the horizon 2020 ”(June 10, 2015). The other two pillars of carbon offsetting and the “toolbox” are now in place; these are essential systems, but the sustainability of which is not guaranteed and which do not on their own provide the necessary visibility and guarantee of competitiveness.

The 2 primary aluminum electrolysis plants play a strategic role in the management of electricity in our country. National electricity production responds to a demand and must adapt every second to the energy consumption of the French, whether it is a private individual, an industrialist or a hospital. Those involved in the production and distribution of electricity must manage the network to avoid any blackout in our territory.

When an energy system is faulty or production is not sufficient, the risk of blackout is high and requires taking measures quickly while avoiding power cuts.

In the event of a blackout, the primary aluminum factories come into action and cut their production between 1 and 2 hours in order to free up electricity on the networks and allow the manager to organize himself to respond to the shortage.

It is a tool of first necessity which one calls the erasure or the interruptibility .

On October 7, 2019, the French electricity system was put to the test. Due to a lack of sufficient production, the operator of the electricity transmission network had to reduce the emergency consumption of the two primary aluminum production sites around 9 p.m.

Created within the framework of the 2011 NOME law, this so-called “interruptibility” device enables factories that consume a lot of electricity to be disconnected in a few seconds, in order to avoid the risk of “black-out”. So far, the mechanism had only been activated once, on January 10, 2019, when a measurement problem on the lines connecting Germany and Austria put the European electricity grid at risk.